Don’t call them Accidents – They are Crashes and Collisions 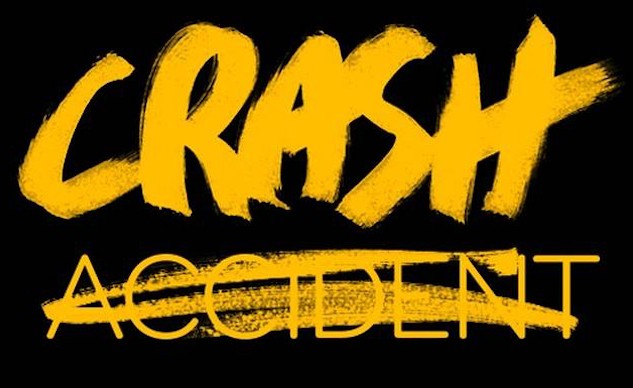 Krithika Varagur of The Huffington Post wrote the following story:

The phrase “car accident” is used almost reflexively, both in colloquial and media contexts. It hardly seems objectionable: its dictionary definition is “an event that is not planned or intended.” And no one intends to crash their car.

But we do make choices that lead to car accidents.

In the 1960s, William Haddon, the first director of the National Highway Traffic Safety Administration, used to make anyone who used the word “accident” in a meeting pay a ten-cent fine. The “A-word,” he reasoned, enabled people to take too little responsibility for the decisions that lead to driving injuries.

Accidents is really a misnomer – car crash is more accurate. An accident implies that there has been no driver error, no bad decisions and generally there is a cause as we know – someone is inattentive, someone is not observing traffic laws such as speed limits, someone is driving emotionally such as being in a hurry or upset, someone is not observing defensive driving theory. Before we watch a few videos, it is important to review the types of collisions or crashes which can occur and how best to manage or avoid them.

That’s why the New York City nonprofits Transportation Alternatives and Families for Safe Streets have rallied around the catchphrase “crash, not accident.” Through a hashtag, pledge, and events like a 2015 vigil in [New York City], they hope to change the culture of responsibility around traffic violence. And they think a change in language could help prevent at least some of the 1.3 million traffic fatalities that happen each year.

“An ‘accident’ seems equivalent to spilling milk, or an act of God,” says Caroline Samponaro of Transportation Alternatives. “That’s not what a car crash is. There’s always a human choice behind any crash.”

According to the campaign website, the word “accident” became widely used during the Industrial Revolution, when factory owners wanted to absolve themselves of creating unsafe work conditions. And Vox explained that early auto lobbies in the 1920s pushed newspapers to use the term accident to shape news coverage of crashes.

“Accident is the transportation equivalent of ¯\_(ツ)_/¯,” as a Gizmodo article puts it.

One advocate, who lost a child in a speed related crash said, “When you see the word ‘accident’ in an article, it reflects a decision by the reporter to presume innocence from the get-go. And that’s usually not the case.”

The statistics seem to back her up on that. The leading causes of car crashes in America are:

All three are clearly deliberate actions, and definitely destructive decisions, made by drivers.

And even a cursory glance through recent headlines shows the absurdity of the ease with which the media deploys the term “accident.” A story from in which a Florida man killed two of his friends in a “street race” was designated as a “car accident,” as was another incident in New Jersey in which a drunk driver with an open wine bottle caused a “5-car accident.”

An existential fact of any campaign is that all its objectives probably won’t be reached. So are we magically going to stop saying car accident? Probably not. And even if we did, would that stop us having car crashes? Definitely not.

But words can change a lot. As Samponaro says, “its a huge responsibility to drive a vehicle.” It’s easy to forget that because most of us have never known life without automobiles. But they are manmade inventions that leave great room for error. If we pay more attention to the language surrounding an invention that permeates our lives, we may act more responsibly.

On both sides of the equation — in practicing safe driving behaviors and in discussing car crashes responsibly — our choices matter.