Drowsy Driving is another kind of impairment that will effect all drivers. With Teen Drivers extra danger comes when their behind-the-wheel inexperience and an attitude of invincibility come together, and often the result is tragic.

Feeling sleepy, we will use the terms Drowsy or Drowsiness, and driving is a dangerous combination. Most people are aware of the dangers of drinking and driving but don’t realize that drowsy driving can be just as deadly. Like alcohol, drowsiness slows reaction time, decreases awareness, impairs judgment and increases your risk of being involved in a crash. 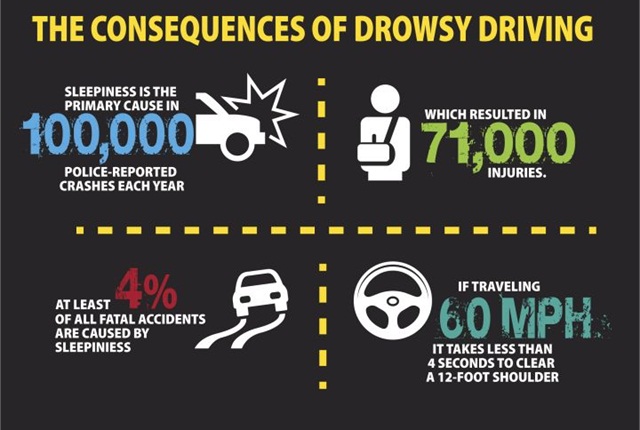 It’s nearly impossible to determine with certainty the cause of a fatal crash where drowsy driving is suspected. However, there are a number of clues at a crash scene that tell investigators that the person fell asleep at the wheel. For example, drowsy driving accidents usually involve only one vehicle where the driver is alone and the injuries tend to be serious or fatal. Also, skid marks or evidence of other evasive maneuvers are usually absent from the drowsy driving crash scene. 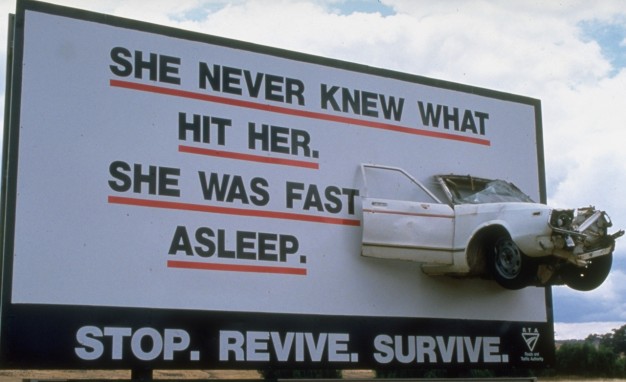 Unlike alcohol-related crashes, no blood, breath, or other objective test for sleepiness behind the wheel currently exists. That means investigators can not give a driver any kind of reliable phyical or chemical test at the scene of a crash. This makes police training in identifying drowsiness as a crash factor very difficult.

Definitions of drowsy driving or driver fatigue rely on how the concept of “fatigue” is defined. Fatigue is a general term commonly used to describe the experience of being “sleepy,” “tired,” “drowsy,” or “exhausted.” While all of these terms have different meanings in research and clinical settings, they tend to be used interchangeably in the traffic safety and transportation fields.

Based on our experience…

When SmartDrive visits schools, one of the first questions we ask students is, “When did you get up this morning?”  Often the answer is 6:00 AM or earlier, especially for athletes with before-school practices.

Question number two, is “When did you get to sleep last night?”  Because of extracurricular activities, homework and jobs, many students may go to their bedrooms at 9 or 10 PM, but add to the mix getting in a little social media time (remember when we used to read books under the covers), and often students do not fall sleep until sometime after Midnight. And they are awakened at 6 AM the next morning to repeat the cycle!

Many students completely “crash” over the weekends in an effort to catch-up, but more often than not, the cycle will repeat itself the following week.  However it is a proven fact that a sleep deficit cannot be made-up by “crashing,” only by getting a regular and unform amount of sleep each day.

The Broadcaster, the school newspaper at Morristown High School in New Jersey recently polled the student body on their sleep habits, and the result was not that surprising, given what we have learned –

TIME magazine created this chart with The Sleep Foundation on sleep recommendations of what people need, based on their age. 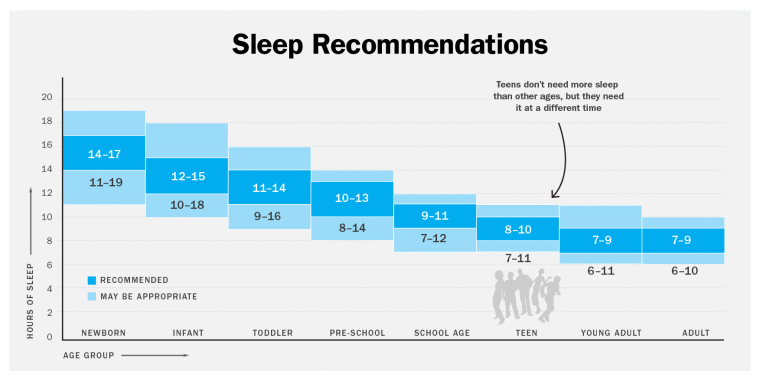 There are many underlying causes of sleepiness and fatigue that can lead to drowsy driving. Including sleep loss from restrictive sleep schedules, interruption or fragmented sleep; chronic sleep debt; circadian factors associated with driving patterns or work schedules; undiagnosed or untreated sleep disorders; time spent on a task; the use of sedating medications; and the consumption of alcohol when already tired.

These factors have cumulative effects and a combination of any of these can greatly increase one’s risk for a fatigue-related crash.

Sleepiness or Fatigue Causes the Following:

In recognizing the dangers of driving under the influence of fatigue, several states are considering legislation that would allow police to charge drowsy drivers with criminal negligence if they injure or kill someone while driving if they have not had adequate sleep.

Need an example? Think about the tractor trailer driver who crashed into a limo-van carrying comedian Tracy Morgan and his entourage on the New Jersey Turnpike in 2014. 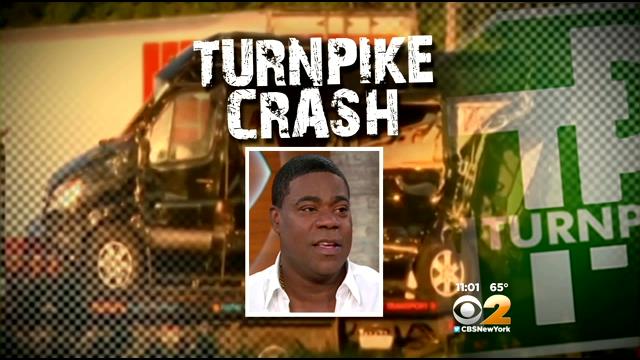 According to the National Transportation Safety Board investigation into the June 2014 crash, the truck driver had been awake for more than 28 hours prior to the crash and was traveling 20 miles over the speed limit.

Here is what you, as a Parent (and likely Driver) and your Teen Driver need to understand and remember about Drowsy Driving:

Remind your Teens to be a SmartDriver – get the rest needed before getting behind the wheel, and make sure they understand that if they are not in any condition to drive, they should not get behind the wheel!

If in a situation that is dangerous, like being faced with driving drowsy, or getting to a vehicle being driven by someone who is drowsy or other wise impaired – your Teen Driver should know that they can call YOU, the Parent, to get a safe ride home.  And as a Parent, it is your obligation to get your child out of that dangerous situation, and to have pride in their choice to call you for help rather than take a potentially deadly risk.

The alternative is unthinkable.

About the Author: Guy Vanderlek