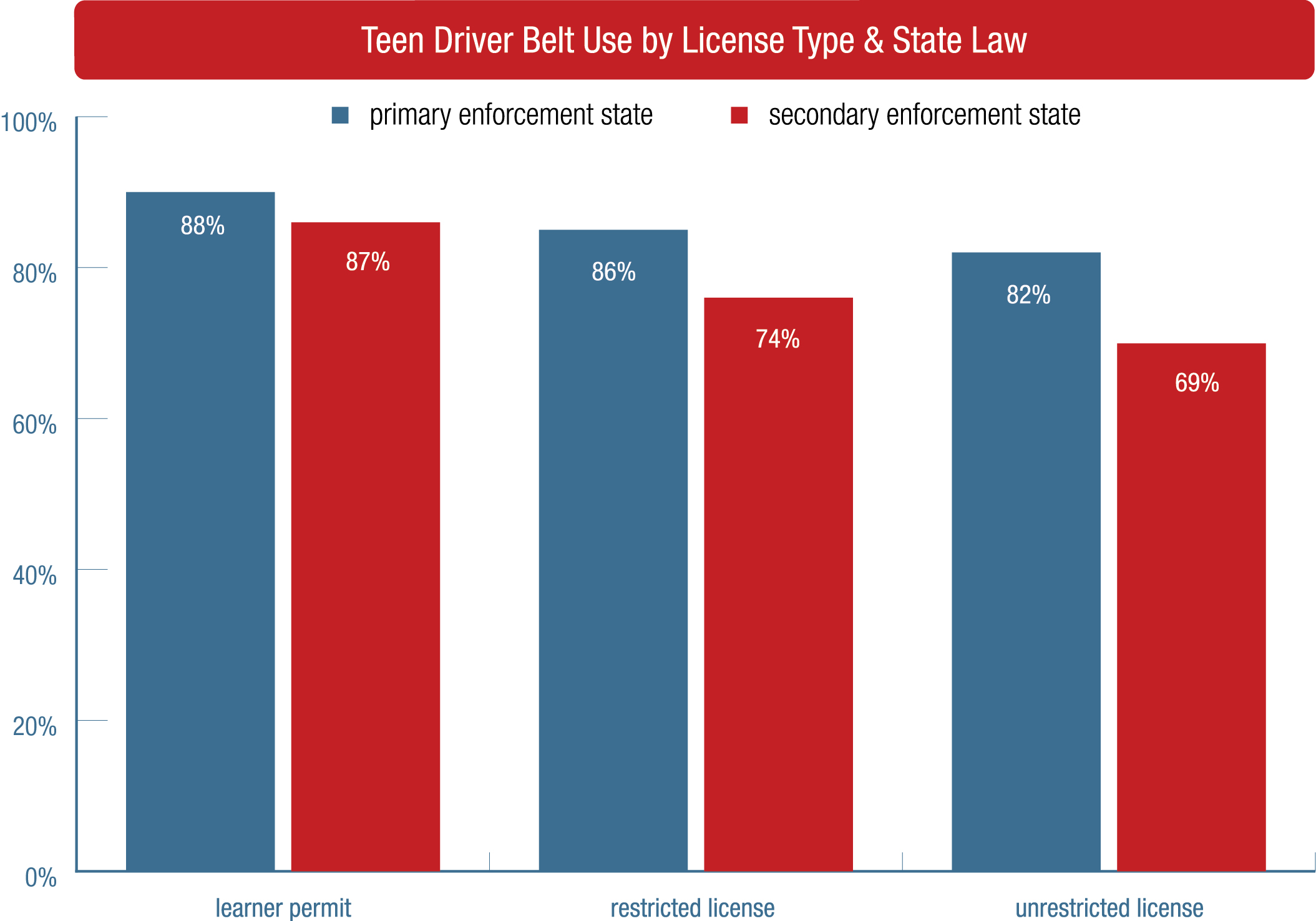 Teens who live in states with primary enforcement seat belt laws are 12 percent more likely to buckle up as drivers and 15 percent more likely to buckle up as passengers compared to teens who reside in states with weaker secondary enforcement seat belt laws.
Source: Garcia-Espana JF. Safety Belt Laws and Disparities in Safety Belt Use Among US High School Drivers. American Journal of Public Health.

This video, from 2009, very realistically simulates what can happen to an unbelted passenger in a motor vehicle crash – AND what damage that unbelted person can do to the others in the vehicle.

Some people believe that airbags alone are enough and that seat belts are no longer needed.  It will serve you, and your passengers, well to remember that airbags are considered supplemental restraint systems – meaning they are there to add another level of safety – not replace seatbelts.

Driving or riding in an automobile is an exercise in physics. The faster you go, the bigger the mess.  And when it comes to car crashes and collisions – Some things never stop – That’s the problem.

Seat belts save lives.  SmartDrivers wear seatbelts, and their passengers do, too!